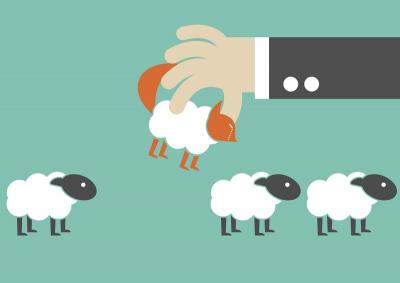 Liquidity risk is one of those risks we often don’t pause to think that much about, but it's one that can wreak havoc on a business if not kept constantly in check. It is also a risk that has become heightened in recent times, because of a combination of regulatory and macroeconomic developments. Companies can often grow complacent about liquidity risk, especially if they have tended to generate cash on a consistent basis through ongoing operating performance. However, certain activities, such as mergers and acquisitions (M&A), a new product launch, or perhaps regulatory development, can give rise to new exposures. It’s worth reminding ourselves of some of the key drivers of exposure to liquidity risk, and what we can do to manage and mitigate this risk.

In Europe, the ability to recognise negative best estimate liabilities on the solvency balance sheet, effectively capitalising estimated future profits on books of in-force business, and considering these profits to be immediately available to absorb losses in the business, requires companies to be extra vigilant. In reality, such assets may be far from liquid, unless they can be repackaged through value-in-force (VIF) monetisation, or used to secure reinsurance financing of some sort. The same may be said of the likes of deferred tax assets, except that these assets may be even less liquid unless they can be sold on to other entities within a group structure.

Other aspects of the liability side of the balance sheet can also pose liquidity challenges. Take, for example, a company with a range of unit-linked funds operating on a t+1 basis (i.e. settlement occurs one day after the transaction date), with a further range of funds operating on a t+2 basis. Policyholder fund switches out of the t+2 funds and into the t+1 funds can leave companies needing to provide liquidity for transaction settlements upon purchase of the t+1 assets, before payment is received from the sale of the t+2 assets. Depending on the volume of transactions, which could be significant, firms may struggle to provide such financing on an ongoing basis. More severe examples of firms struggling to cope with fund switch activity have included suspension of redemptions from property funds, albeit more because of the underlying lack of liquidity of the assets than the nature of the pricing basis, though ultimately leading to similar problems. Funds that permit a mix of both individual and corporate investors may be particularly susceptible, as the latter potentially have the ability to move vast sums of money very quickly, and before redemptions are suspended, precipitating the lack of liquidity for individuals.

Supporting the ongoing repayment of debt or reinsurance financing obligations can also present particular challenges. Repayment schedules are generally known in advance, unless debt holders have the right to demand early repayment, but the source of funds to make such repayments will rarely be so certain. Asset liability matching (ALM) is one tool that may be used to help mitigate this uncertainty. It would, however, be unwise to consider ALM to be any more than a partial solution, as even the most diligent matching can be quickly undone by the inevitable variance in both expected asset and expected liability cash flows over time.

The ongoing search for yield continues to push companies to look toward less liquid asset classes for attractive investment opportunities. While the uptick in yield may be appealing, the loss of liquidity and, in many cases, the difficulties associated with asset valuation (oftentimes owing to the lack of a deep and liquid market from which to read a reliable price) can represent a significant price to pay for this additional yield. Once invested in less liquid asset classes, companies can quickly run into difficulties realising cash to pay liabilities as they fall due, as these assets can become very difficult to sell during times of stress (even if deeply discounted). Of course, there is a balance to be struck here. There is no point in having excess liquidity and earning little or nothing on invested assets.

Liquidity risk is one of those risks that can be brought about as a consequence of risk-mitigating activity. If a company wishes to hedge its exposure to market risk, which, for instance, may be due to the existence of equity-based guarantees or simply to a desire to reduce the variability of the best estimate liability, it may easily introduce liquidity risk. This is due to the need to post margin on derivative positions that are "out of the money" (from the company’s perspective), generally a prerequisite for the management of counterparty risk.

It’s clear that liquidity is something that cannot be left to chance. Under Solvency II, companies are encouraged to carefully consider this risk through the Own Risk and Solvency Assessment (ORSA) process. Capital, however, is not the solution. Liquidity risk needs to be continuously monitored, and managed through a variety of channels. This is as true for groups as it is for individual companies. In fact, groups can often assume that cash can be moved around whenever and wherever needed, and so may have a higher tolerance for liquidity risk at the subsidiary level. However, if it turns out not to be possible to move the money as expected then some real issues can arise. If modelling is unsophisticated, with limited consideration of multiple calls for cash (all potentially occurring at the same time, just as cash generation elsewhere in the group is interrupted), then groups may have a false sense of security. Most groups generate funds in one place and assume it can be moved elsewhere as needed, but this is not always the case, especially at short notice or around the time of paying dividends.

Traditionally, companies have tended to consider exposure to liquidity risk in quite a simplistic way, categorising liabilities in terms of when payment is expected to fall due—for example, within one week, within one month, up to six months, up to 12 months, and then longer than 12 months. Assets are then examined in order to see how quickly they could be converted into cash. However, what may look fine under "normal circumstances" may be far from so during times of stress, and if problems arise management will need an action plan in order to quickly address the issue.

An effective liquidity action plan will see management put in place a number of viable solutions, each of which may be called upon if and when necessary. Such solutions may include, for example, the monetisation of future expected profits, underfunding of units, drawing down of bank overdraft facilities, issuance of debt, or longer-term strategic rebalancing of the investment portfolio. In any case, a combination of solutions is likely to be required, as one never knows the source or context of the next liquidity strain, nor can one be assured of the continued availability of specific liquidity options during times of general shortage of liquidity in the market.